The perfect couple - platinum and diamonds

The perfect couple - platinum and diamonds

The Jewelry House of Leon Megé located in New York has long been firmly established in the jewelry market as a source of magnificent jewelry, in which platinum and diamonds often sparkle being married together and attracting everyone’s eyes, but are only available to some, as the company operates in the segment of high-end goods. The owner of this company is jeweler Leon Megé born in St. Petersburg, who together with his employees, made it a rule to create each product only manually and in one copy, such as, for example, the Brooklyn Twins diamonds, which he mentions in this interview telling about his business and team - goal-oriented and enthusiastic professionals who are keen to turn every piece of jewelry into a work of art.

Please, tell our readers about how you come to be a jeweler.

I left the Soviet Union in 1987 after waiting for 8 years for an exit visa. Once a visa application was filed, I effectively became “an enemy of the state” and was barred from being admitted to a college. So, I went to a trade school in order to delay the military draft (didn’t help).

My choices were to become a jeweler or a carpenter. So, I became a jeweler.

Since I am pretty creative it was a good fit and I enjoyed a fair amount of success being a jeweler.

What is the palette of gems used to produce your jewelry pieces?

Literally any color. My favorites are Windex-colored Paraibas. I am very partial to Brazilian Paraiba in particular which I think has a huge investment potential in addition to its stunning look and color. 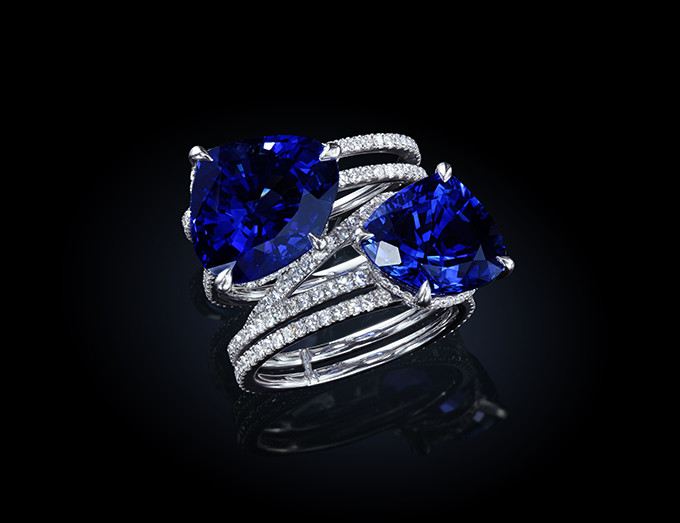 Why does your company make such a focus on platinum? Do you think the market of platinum jewelry is on the rise?

Platinum is the only precious white metal suitable for high-end hand fabrication and setting of diamonds.

From the jeweler’s standpoint, the platinum’s properties, for example, its melting point and perfect malleability fit perfectly the requirements of the fine hand fabrication.

The only other metal that could substitute platinum is palladium. But Palladium is hard to work with and oxidizes when heated. Palladium’s image as a precious material is pretty shaky since most of its existence it was very cheap until the demand for it in the car industry spiked.

Once the majority of cars become electric (a matter of a few decades) palladium will become worthless again.

There is also an aspect of tradition, Platinum has been used for over a century in high-end diamond settings and its image is untarnished (pun intended). 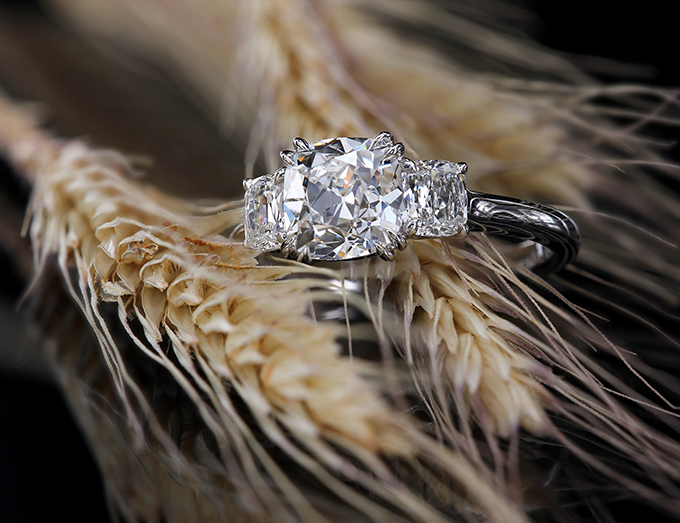 Diamonds seem to occupy a prominent place in your product mix. Do they match this place in sales?

Diamond sales are less important for revenues, labor is the main source of income.

Diamonds are no more than building blocks, they can be replaced by other stones when the tastes change.

Leon Megé positions itself as a ‘vertically integrated’ business doing everything in-house, diamond-cutting including. Does it pay off? Why is it better or maybe cheaper than buying polished diamonds from manufacturers?

Diamond cutting is not an essential part of our business. We produce specialty cuts, basics like rounds, etc., are sourced on the open market.

Diamond cutting allows us to produce stones that otherwise are simply unavailable - for example antique cushions and French cuts. 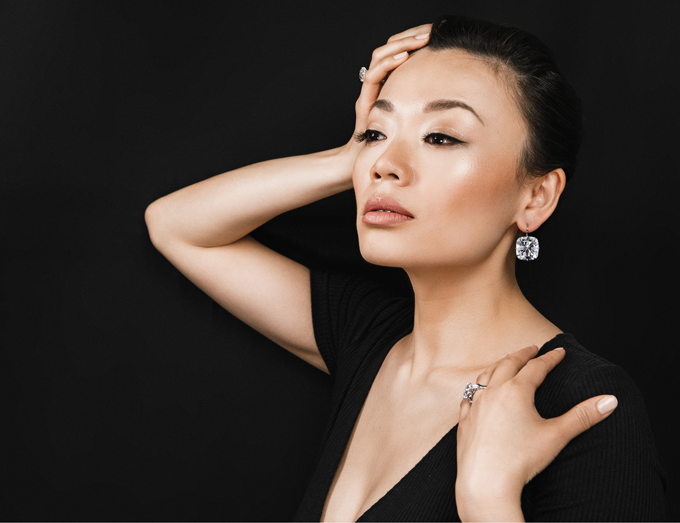 What is the lowest and largest weight of diamonds you are cutting?

Smallest are less than a carat, there is no upper limit, just finished cutting “Brooklyn Twins” - just over 40 carats each, from a single piece of rough.

Where do you source your rough diamonds from?

What is your worst headache in this business?

Babysitting employees, making sure that everyone is doing their job, show up on time and dealing with personal dramas and situations is exhausting. 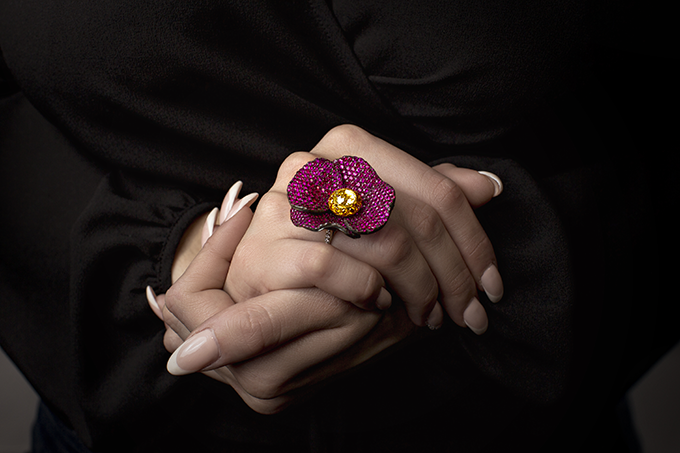 Do you use lab-grown diamonds in your jewelry?

Not yet, trying to stay away from the Frankenstones, but it’s inevitable that they will proliferate and will depress the lower end of the diamond market.

I believe it will be beneficial for the high-end natural stones. 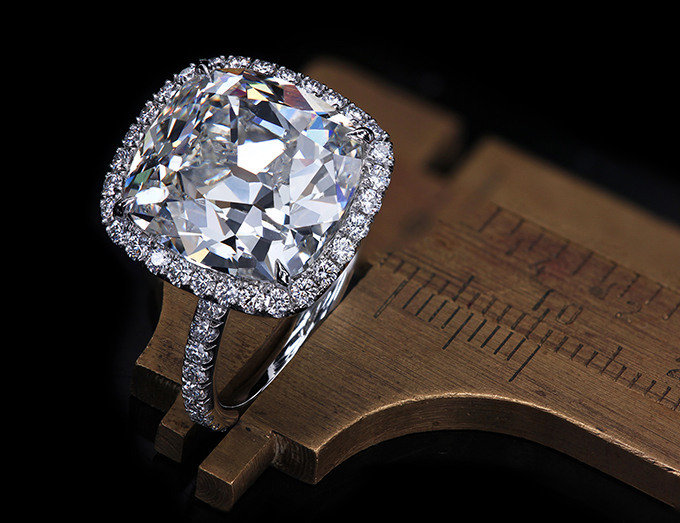 What is your take on the controversy around natural and lab-grown diamonds?

I think it was expected, a natural evolution of a gemstone. It’s exactly the situation we were facing at the end of the 19th century when the first synthetic rubies were created. At first, they were treated like precious stones but in a relatively short span of time, their price dropped to the level of Swarovski glass.

Do you think the latest version of the FTC Jewelry Guidelines will put an end to this confrontation?

No, I don’t believe in regulations. The market will heal itself from all the problems created by what was expected to happen. We all knew that synthetic diamonds will be mass produced one day.

Could you describe the markets your jewelry is being traded on? Which of them gives you the best sales?

We sell directly to the public, so there is no choice of marketplace for us. Sometimes we put pieces into auctions like Sotheby's or Christy’s but those take such a big chunk of a profit that we are better off waiting for a client to reach out directly to us. 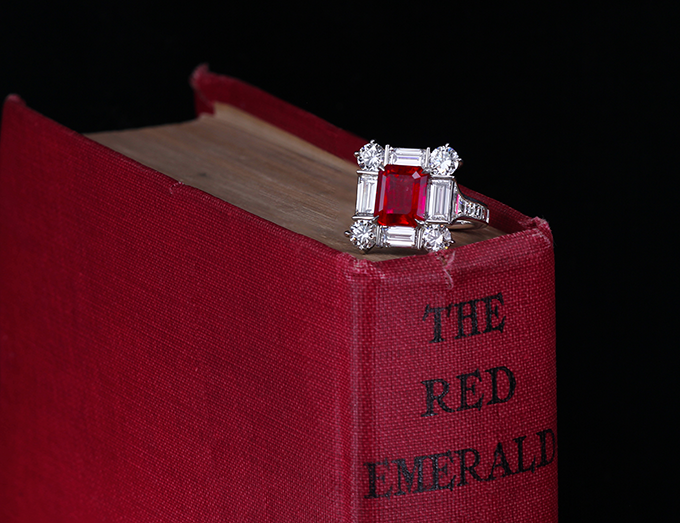 Do you have any expansion plans or intention to offer some new types of jewelry to your customers?

Expansion - no, right now the growth is not driven by craftsmanship or exclusivity. It is directly dependable on the marketing BS and we are not proficient in that.

New types of jewelry - not sure they actually possible, since everything that could be created in jewelry is already done. Again, the jewelry that is being “designed” is the same what existed before with small variations, it’s the gorilla marketing that makes people believe in uniqueness and superficial qualities of the design. In reality, it’s the same old stuff regurgitated for people who are not refined. In short, to most of the people.