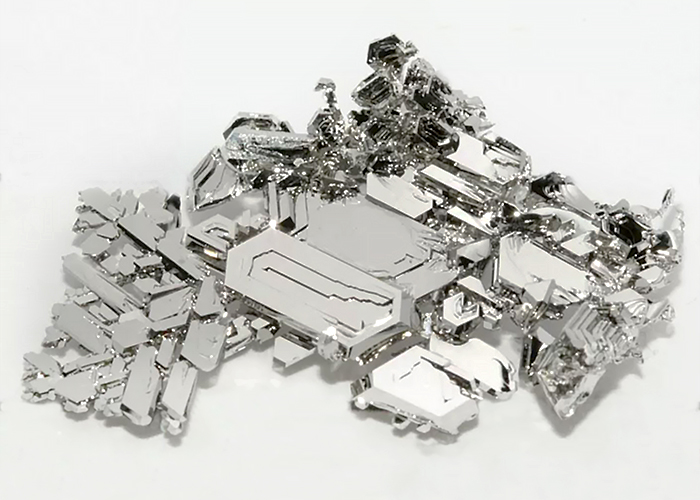 Platinum is indeed a noble metal; it is king of metals and the metal of kings.
Platinum is superior to gold in almost every aspect. Its purity symbolizes marriage.
Platinum's neutral color is perfect for setting colorless diamonds.
Nearly twice as dense as gold, a platinum ring has a pleasant heft and solid feel on the finger.

When it comes to bespoke production, platinum is the king.
Platinum has a high melting point and excellent malleability that makes it perfect for hand fabrication.
Platinum alloyed with ruthenium has a superior hardness that allows for the highest level of precision and finish.

White gold is easy to cast, but it is difficult to forge by hand due to its low melting point, softness, oxidation, burning, marmiting, and solder porosity.

A bespoke jewel usually requires a large number of parts soldered together.
Unfortunately, white gold solder quickly deteriorates when it is repeatedly heated.
That, in turn, prevents a jeweler from assembling as many elements as required by design.

A platinum piece, on the other hand, can have an unlimited number of soldering joints.
Learn more about techniques for making jewelry.

White gold requires repeated "dipping" to stay white, but platinum is naturally white, so no plating is required.
Platinum is self-burnishing, which means its surface compresses with age instead of shedding the top layer.

Unlike the battered appearance of worn gold jewelry, aged platinum has a dignified appearance.
After its surface is evenly dented and punctuated by microscopic dings, it acquires a permanent and highly desirable patina.
Old platinum pieces have a look similar to brightly polished vintage silverware, a unique glistening look best described as "shabby chic."

Created during the Second World War, when platinum use in jewelry was restricted, white gold became a cheap platinum substitute.

The rich yellow color of pure gold is reduced to grey with a yellowish tint by adding palladium or nickel to gold.
Palladium belongs to the platinum group of metals - a group of six noble metals with similar chemical and mechanical properties.
All these metals are non-reactive and do not oxidize.

Alloying gold with palladium rarely causes trouble. On the other hand, using nickel as a gold alloy may cause a severe skin allergy.
Roughly 10% of the population has a sensitivity to nickel in white gold, which is the common cause of contact dermatitis.
Using nickel in jewelry was officially banned by the European Union in 2009, but is still widespread in the US, which can explain our low math scores.

Despite all its advantages, the current platinum per-ounce price is significantly below the gold price.
The gold prices began to overtake platinum prices right after the global financial crisis of 2008.

Two identical rings, one platinum, one gold, will have different weights because platinum has a higher density.
The gold ring, on the other hand, weighs less, so its cost is lower than the platinum ring.

The precision of platinum work 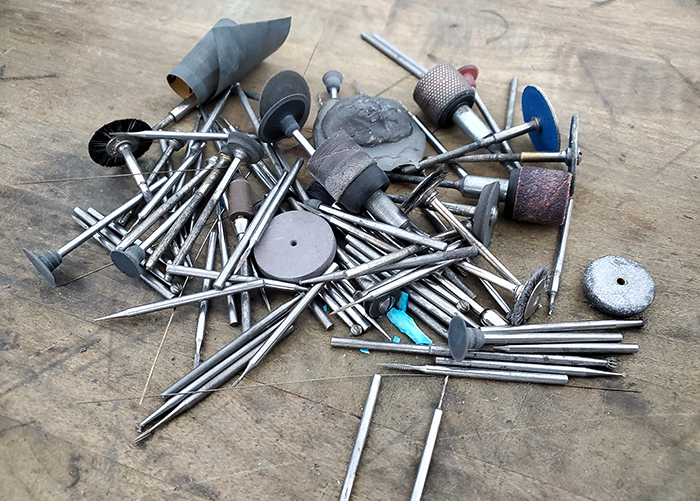 Hand forging platinum is easier and less expensive than using white gold.
Casting platinum is labor-intensive. It requires special equipment and skills which complicate production and affects its total cost.

When a jeweler tells you that a platinum mounting costs more than gold, you can bet you are getting a piece of casting.
When it comes to custom benchwork without using CAD or molds, platinum work is less expensive.
You pay slightly more for the metal, but the labor cost is significantly less.

Working with platinum is a pleasant experience for a bench jeweler.
The result is always far superior to anything crafted in white gold.
A happy jeweler makes a beautiful ring, and a grumpy jeweler makes a clump of metal.

Metal hardness on the Vickers scale.
The higher the number the harder the alloy.
The chart does not specify the difference in hardness between casting and cold-forged metal.

How do you say "platinum" in other languages: