ASET (which stands for Angular Spectrum Evaluation Technology) is a highly questionable method of measuring a diamond's "light return." According to the AGS (American Gemological Society), the test can tell a bad diamond from a good one. In reality, the ASET is used for malicious attempts to misrepresent an inferior diamond by drawing away attention from its inflated color and clarity grades and focusing instead on a whimsical diamond's "light performance." 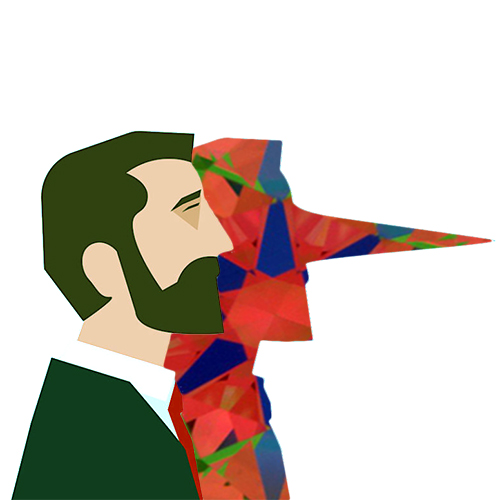 ASET was invented and is performed by the AGS lab. The mind-bending colored stains that would make Hermann Rorschach proud are prominently featured on every AGS diamond certificate. No other labs except AGS perform, use, or recognize this so-called "test." 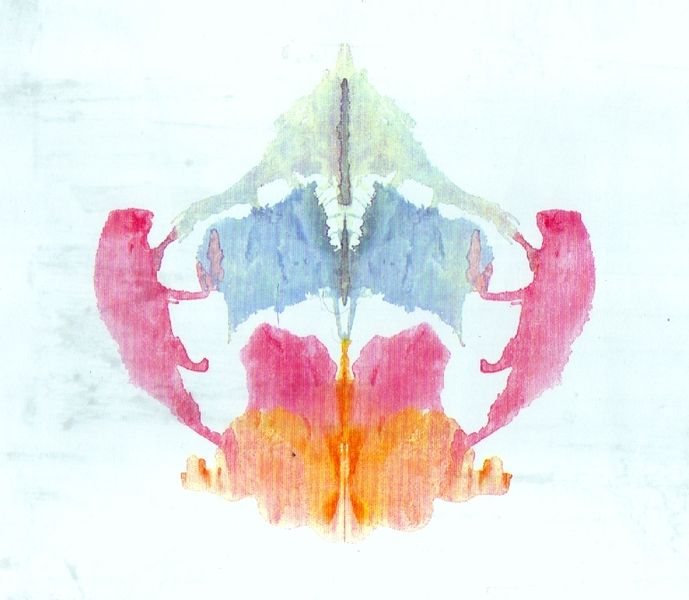 Much like Turkish coffee reading, ASET requires charismatic storytelling and vivid imagination. To test a diamond, you will need to get the ASET gizmo from AGS or eBay for a fraction of what AGS charges.
The cone is colored in a bright green and pink color. The diamond is placed on a clear tray (included) sitting on a light source (your cell phone). Look through the magnifier peephole, and you see the stone in psychedelic colors. 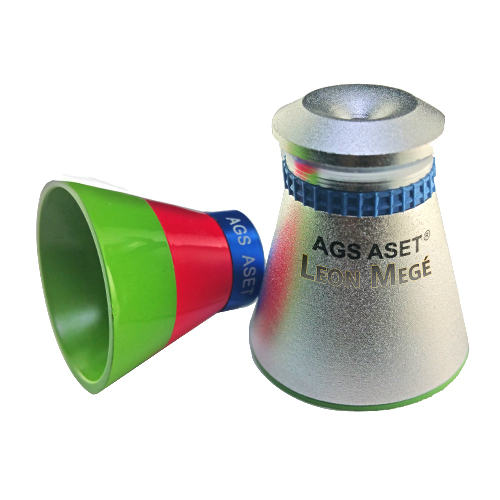 There is no science behind ASET; it's a diamond marketing tool. Of course, they will dispute this and tell you that it is a product of decade-long research, but can you trust the lab that routinely over grades diamonds? I certainly would not.

What do the colors mean

When the diamond is lit up from behind, the three colored bands are reflected by the diamond's facets. You can see the mosaic of colored reflections through the ASET peephole. Depending on their angle, facets reflect the colors of the cone's wall. According to the AGS, this kaleidoscopic pattern represents a map of a diamond's "light performance."

Here is what the colors mean according to AGS pseudoscientific gibberish:

Where does the light go?

All diamonds leak light. There is nothing wrong with it. The light typically dissipates sideways or goes through the stone. Only poorly cut diamonds leak an excess of light that is a cause for concern. A diamond with an excellent cut by GIA, by definition, reflects all the light necessary to have exceptional brilliance and fire. 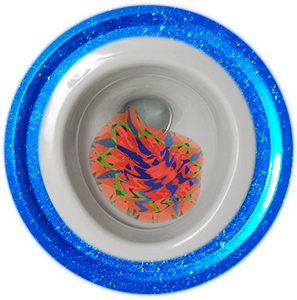 AGS claims that the ASET evaluates the "light performance." Are you buying a Ferrari or a diamond? There is no performance in diamonds, just like there is no performance in paintings. It's either a well-cut gem or junk not worth consideration. The subtle differences between ideal cut diamonds should not be evaluated. They are a beautiful scope of diversity, each triple-X diamond slightly different, yet as perfect as any other.

Who uses the ASET?

Honest jewelers do not use ASET. The customers who fall under the AGS spell are usually bargain hunters who sense an opportunity to pay less and get more. In the process, they are taken by the AGS scammers using ASET as a tool of the rip-off. 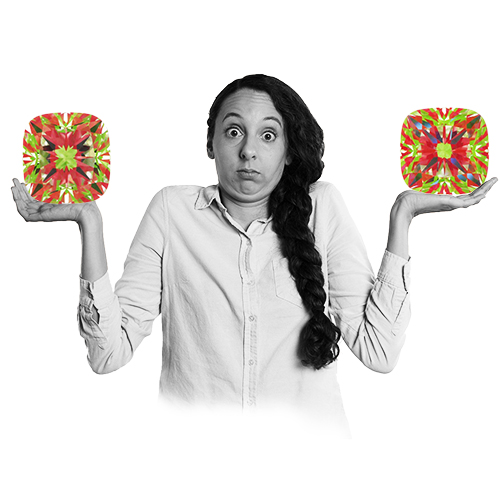 The third stage of every con job is to encourage the victim's greed. An AGS jeweler does it by hinting that the ASET test uncovered the diamond's "hidden value," which ultimately impairs the cheapskate's rational judgment. It's an easy racket - the customers have no clue what they are looking for when they stare at the ASET pictures.

The ASET was initially intended for "analyzing" round diamonds. Once AGS dealers sensed an opportunity the racket was extended to fancy shapes as well. Using a round ASET cone on a fancy-shaped diamond is as ridiculous as jamming a square peg into a round hole.

Three-card Monte con can be played with any cards.

The effect of the mounting

The difference between good ASET and bad ASET is so insignificant that it pales in comparison to the dramatic effect a mounting has on the stone. A setting that holds the diamond significantly alters the stone's optical properties. Even the top stone set into a low-end ring will look dull and less brilliant.